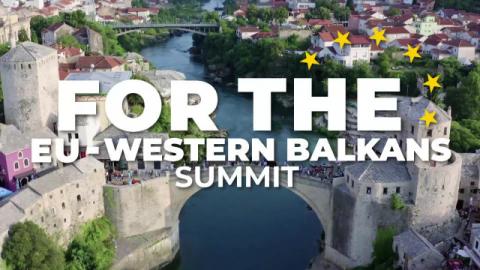 International Institute for Middle East and Balkan Studies (IFIMES) from Ljubljana, Slovenia, has analyzed the current political situation in Western Balkans in the context of the upcoming EU-Western Balkans summit. Ifimes brings the most important and interesting excerpts from a comprehensive analysis titled "2021 EU - Western Balkans Summit: EU credibility in Western Balkans undermined?"

The European Union was established as a peace project after the end of World War II and it facilitated establishment of enduring peace and long-term stability in Europe. In recent history, the Western Balkans region experienced a number of wars, after which fragile and peace and latent stability was established.

Analysts believe that EU leaders have to be aware of the fact that if they wish the peace project of the EU to be spread to the rest of Europe it needs to be implemented in the Western Balkans countries, because their membership in the EU would provide for enduring peace and long-term stability in countries of the region. As long as the EU has unstable Western Balkans region in its neighborhood, it will not be able to address key issues and challenges or its long-term strategic positioning on the international scene.

The credibility of the EU in West Balkans is undermined. Maybe the last chance to save the Wester Balkans countries from the "grip" of Russia, China, Turkey and some other...