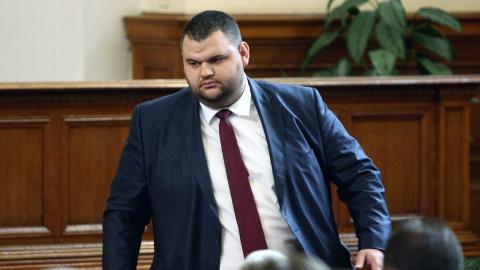 Delyan Peevski in parliament in Sofia in May 2013. Photo: EPA/STR.

During his time as a MP in 2013, Peevski was involved in three offshore companies which he has not declared, according to the massive leak of data to media from companies used by rich clients around the world to hide wealth in tax havens.

In a written statement sent to the Bulgarian National Television station, Peevski denied any wrongdoing.

"These enterprises were never active; they raised no capital and no deals have been made through them. The attempt to suggest there's anything suspicious is bound for failure," Peevski said.

Although MPs in Bulgaria are allowed to own businesses, it's forbidden for an elected politician to have revenue that not declared for tax.

The investigation also revealed that in 2016 Peevski did not declare revenue of $100,000 from Verum International Limited, registered in the Seychelles and under the umbrella of IGWT Limited in Dubai, also owned by Peevski.

In 2018, he signed a document confirming ownership of a company called Verum, connected to IGWT. Verum's ownership was later transferred to someone else.

Peevski's rise to influence began in 2001, when he joined the NDSV, a party established by Bulgaria's last king, Simeon Saxe-Coburg-Gotha, who then became prime minister between 2001 and 2005. During these years, Peevski's New Bulgarian Media Group started becoming a dominant power in print media.