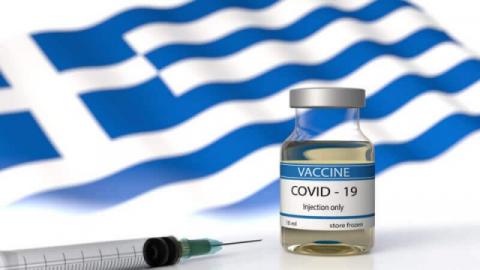 Vaccinated people in Greece to be able to move absolutely freely even in the areas with the highest incidence of COVID-19 intends a government plan, which is expected to be announced tomorrow, according to the electronic edition of the Greek newspaper "Proto Tema".

The lifting of the restrictions imposed by the pandemic will only apply to citizens who have completed their full vaccination cycle. This means that in areas where a lockdown has been introduced due to an increase in cases, establishments will only be able to work with music for vaccinated people.

Currently, due to an increase in cases in some cities in northern Greece, including Thessaloniki, an evening class has been introduced and music is banned in all kinds of establishments.

In September, there were almost 1,100 deaths from COVID-19 in Greece, Proto Tema reported in another piece of information. Nearly 15,000 covid patients have died since February 2020, the publication adds. More than 40 per cent of these deaths were reported in hospitals in northern Greece - in the districts of Macedonia and Thrace.

According to the European Centers for Disease Control, Greece ranks first among other European countries in terms of mortality. In the last 14 days, almost 47 deaths per one million people have been registered in the country. In this statistic, Bulgaria ranks first in mortality - 139 deaths per million people.

Although there has been a decline in cases in the past week, the epidemic burden in northern Greece remains high and rising, the Kathimerini newspaper said, noting that this is directly related to the low level of vaccination.

In October 2020, during the second wave of the pandemic in the country, 18,886 cases of infection and 393 deaths were registered...