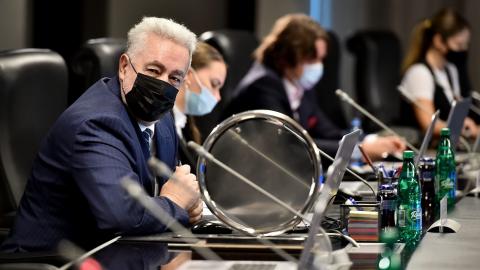 "This would cause great tensions and lead to pre-census campaigns and would negatively affect the quality of all the other data. Also, international standards say that population censuses should be avoided in turbulent socio-political periods," said Ivana Vujovic from the NGO Juventas.

"Due to the extremely unstable socio-political situation in the country and the lack of trust in [state] institutions, the census should be organised at the earliest in October 2022," she added.

The Ministry of Finance and Social Care has said that the census could be organised by the end of the year.

Censuses are a sensitive topic in Montenegro, as they are across much of the Balkans, and the plan has raised concerns among most communities in the country, which is mostly made up of Montenegrins and Serbs.

Tensions boiled over last month during the inauguration of the Serbian Orthodox Church's top cleric in Montenegro, as protesting Montenegrins who claimed the event was an insult to the country's struggle for independence and sovereignty clashed with police who were providing security for the ceremony.

During the last census in 2011, religious and political leaders made numerous appeals to various ethnic and religious groups, urging them to declare their respective ethnicity or religion in the head count.

After the census, pro-Serb parties claimed it had been held under political pressure from the...