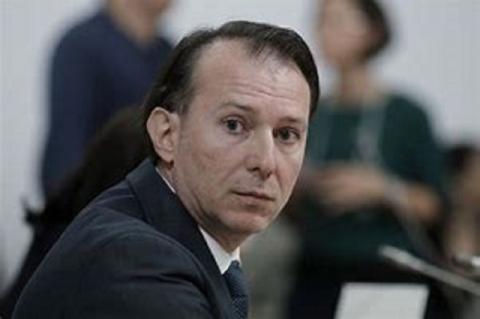 The motion censure was filed by the opposition Social Democrat Party (PSD) and supported by former coalition partner USR-Plus, and the far-right AUR party. The motion passed with 281 votes; only 234 were needed.

The fall of the government caps a political crisis that began a month ago when Citu fired justice minister Stelian Ion of USR-Plus for not signing off on a regional development program. USR-Plus called the move an "abusive revocation" and quit the three-party cabinet.

During the debates in parliament Tuesday ahead of the vote, Citu lashed out at USR-Plus, saying he had tolerated "a team of incompetents."

President Klaus Iohannis will now consult lawmakers on appointing a new prime minister, while Citu may remain at the government's helm for 45 days. Citu could be reappointed if lawmakers fail twice to agree on a new premier.

Claudiu Tufis, an associate professor of political science at the University of Bucharest, told The Associated Press that he expects the outcome of Tuesday's vote to be a Liberal cabinet with support from the Social Democrats. "In parliament, but not in the cabinet," he said.

USR-Plus have expressed a wish to restore the coalition with a different prime minister.

The ongoing crisis could hamper Romania's efforts to tackle an alarming surge of COVID-19 infections in the European Union nation of 19 million,...