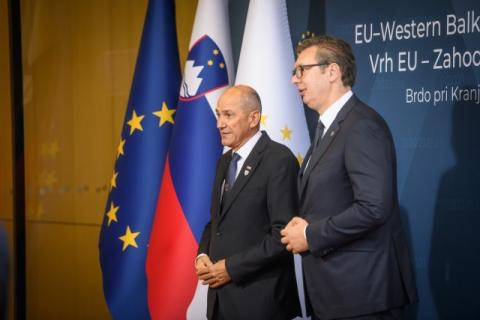 An opportunity to talk about perspective

President of the European Council, Charles Michel, stated today that the EU-Western Balkans summit will be an opportunity to discuss the European perspective of the region, but also the financial funds that the EU is ready to mobilize in order to invest in the region and support reforms.
"We are talking about economic reforms, the fight against corruption and better governance. We want closer ties with these countries and this will be a point for an open exchange of views in order to identify the next steps and phases," Michel said when arriving at the summit.

Meeting of Vui and Plenkovi