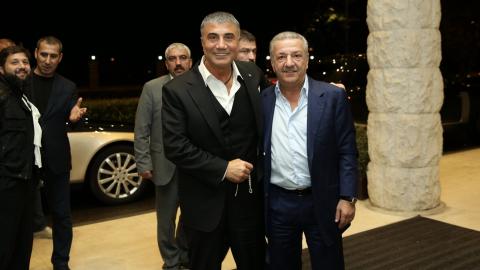 The Azerbaijan-born Russian billionaire was arrested in Podgorica, Montenegro, on October 1, on a Russian-issued international arrest warrant for allegedly ordering contract murders.

Vuksanovic told BIRN that, on September 8, Ismalov had applied to the Montenegrin Interior Ministry for political asylum and should not be extradited until a decision is made.

"As Ismailov is in the process of obtaining asylum, the Montenegrin authorities must decide on that request first. The warrant on Ismailov is an example of political and economic persecution by the Russian Federation. We prepared documentation to prove those pressures and it will be submitted in the procedure on the application for asylum," Vuksanovic told BIRN.

The Russian arrest warrant, from 2017, charges Ismailov with being involved in a double homicide. He could face life imprisonment if convicted. The case is reportedly connected with the 2016 murder of the businessman Vladimir Savkin and the founder of Lublino-Motors auto service centre, Yury Brylev.

The tycoon's brother, Rafik Ismailov, and another suspect, Mekhman Kerimov, are also accused of being involved in the double homicide. Kerimov has already pleaded guilty.

On Wednesday, the Montenegrin Higher Court confirmed a decision to keep Ismailov in detention, citing a danger of his escape. By law, Ismailov could stay in extradition detention for up to eight months.

"The danger of escape arises from the fact that Ismailov has been issued an international arrest warrant for the criminal offence of murder, for which the Criminal Code of the Russian Federation prescribes a life sentence, and he is a person who...