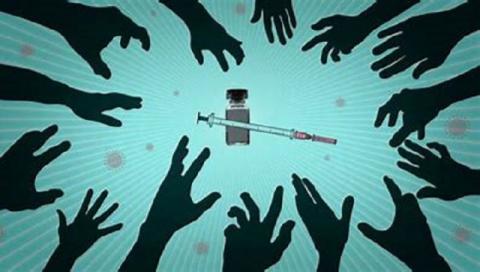 Bulgrians among most Reluctant to ave Vaccine Jab

The population of four EuMember States - Bulgaria, Lithuania, Croatia and Slovenia - are the most uninterested in vaccination against COVID-19, BTA reported, citing results of a Eurobarometer survey.

Vaccines against the coronavirus have arrived at the South Pole

About 25 percent of those surveyed in those countries said they would never get vaccinated.

In Bulgaria, this rate is the highest 26 percent, in Lithuania and Slovenia - 24 percent, and in Croatia - 22 percent, according to the survey, which was carried out on the ground between June and July.The most were vaccinated in Malta, the Netherlands and Ireland - 87 percent, followed by Belgium - 86, Spain - 85, Sweden - 84 percent and Denmark - 83 percent.

On average in the EU, 69 per cent of respondents said they would like to be vaccinated as soon as possible or that they had already been immunised.