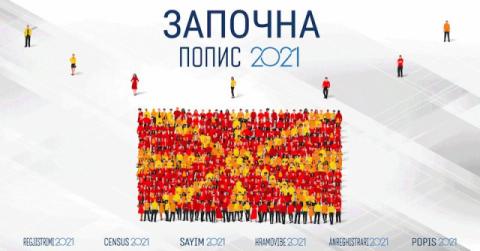 "Citizens who declared themselves Bulgarians were regularly and directly insulted and belittled by enumerators, instructors and other members of the enumeration commissions."

This is what the Ivan Mihailov Cultural Center in Bitola is warning about on the occasion of the census in North Macedonia, which ended on September 30th.

The signal for "systemic administrative pressure on Macedonians with Bulgarian identity" was sent to President Rumen Radev.

"It is clear that the goal is to create the misconception that we, the Macedonian Bulgarians, are a minority and not a real state-building component in our Motherland," the Ivan Mihailov Cultural Center wrote.

"In many places the enumerators do not ask the question of the ethnicity of the persons, ie the people automatically register as" Macedonians "; We have cases in which if one family member (the first registered) declares himself as Macedonian, the enumerator automatically registers the whole There were many complaints about these actions, but only a symbolic part of them was successfully corrected. Evidence of this widespread problematic practice can be found in the official e-mail of the Statistical Office of the Republic of Northern Macedonia" point out from the organization.

In the most drastic cases, people who declared themselves Bulgarians were asked to present Bulgarian state documents, passports, etc. - as "evidence" in order to register them as such (the majority of Macedonian Bulgarians do not have Bulgarian citizenship). Subsequently, these people were registered as Macedonians, under the pretext that they could not or did not dare to present such a document "- signaled the Cultural Center" Ivan Mihailov ".