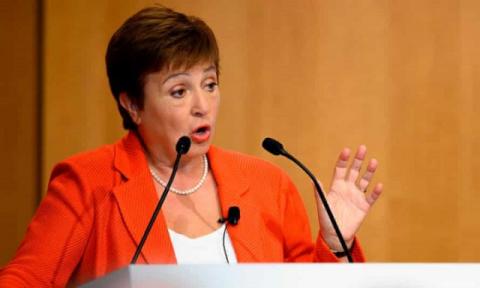 Lawyers who investigated World Bank data-rigging allegations against IMF Managing Director Kristalina Georgieva violated World Bank staff rules by failing to notify her that she was a subject of the probe and by not allowing her to respond to its findings, Georgieva's attorney said.

In a letter to the International Monetary Fund Executive Board released on Thursday, Covington & Burling attorney Lanny Breuer asked directors to consider "fundamental procedural and substantive errors" with the investigation report by WilmerHale, a law firm hired by the World Bank's board to investigate data irregularities in the lender's flagship "Doing Business" rankings of country business climates.

The WilmerHale report alleged that while Georgieva was World Bank CEO in 2017, she applied "undue pressure" on World Bank staff to make data changes that boosted China's ranking at a time when the bank was seeking Beijing's support for a major capital increase. Georgieva has denied the allegations.

The new claims from Breuer, a former U.S. Justice Department official and special counsel to former President Bill Clinton during his 1999 impeachment trial, come as Georgieva tries to persuade the IMF board to support her.

The board interviewed both Georgieva and WilmerHale this week and will deliberate again on the matter on Friday.

Georgieva on Wednesday called the accusations that she pressured staff to make inappropriate data changes "outrageous and untrue" and said some of her statements were taken out of context by WilmerHale. She publicly released her lengthy statement to the board on Thursday.

"Ms Georgieva has never been notified that she is a subject of the investigation, or been given an opportunity, as guaranteed by Staff Rule 3.00 to...