Babiš's Party Lost the Elections in the Czech Republic 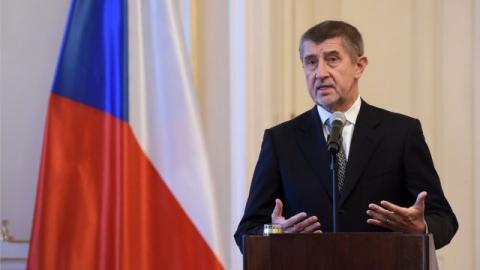 The winner of the October 8th and 9th parliamentary elections in the Czech Republic was the opposition alliance "Together", which includes the Civil Democratic Party, the Christian Democrats and the Tradition, Responsibility, Prosperity 09 party, according to the final results after counting 100% of the ballots.

According to published data, the "Together" alliance wins 27.79% of voters. Led by Prime Minister Andrej Babiš, the "Action of Dissatisfied Citizens" (ANO) won second place with 27.12% of the vote.

In third place, Czech voters placed the center-left opposition coalition of the Pirate Party and the centrist movement "Mayors and Independents", which won 15.62% of the vote.

For the first time in the country's history, the Czech parliament does not include the Communist Party, for which only 3.6% of voters voted and, accordingly, failed to overcome the required 5% barrier.

Distribution of seats in the House of Representatives

In line with the election results, the Conservative coalition "Together" won 72 seats, ANO of Babish -71, Pirates and Mayors -37 seats, and Eurosceptics from "Freedom and Direct Democracy" (SPD) - 20.

Andrej Babiš acknowledged his defeat in the election and congratulated his opponents, stressing that his movement nevertheless remains the strongest party that has not won because of Prague. "Prague can't stand Babiš," he stressed.

Turnout in the Czech Republic was 65.43%, and the election took place against the backdrop of the scandal surrounding the revelations of the "Pandora's Files", from which the name of Prime Minister Andrej Babiš emerged. He is accused of investing more than $ 20 million in offshore companies to buy 16 properties in France. In an interview with Czech...