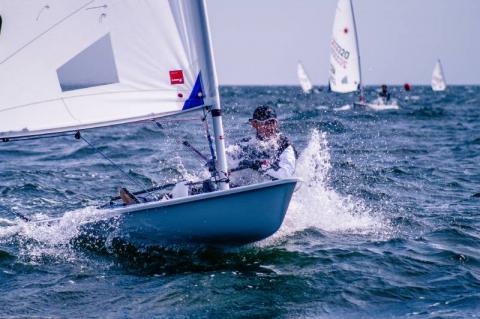 Trieste – Sailor Gašper Vinčec and his crew finished second at this year’s Barcolana, the biggest mass start sailing regatta in the world, which took place in Trieste on Sunday. The winners were Italians led by Furio Benussi in the sailboat Arco.

The Slovenians competed with Way of Life, a 27-metre sail boat, which was in the lead after the first two buoys but then a malfunction occurred, causing the sail to lower. The crew prevented the sailboat from tipping over and managed to fix it.

Way of Life then proceeded against the wind following Italy’s Arco and finishing right after it in the strong winds that made the race difficult for all contenders.

“We had great advantage at the first buoy. We picked the right starting line and started sailing excellently. It all went great after that until we had a malfunction that prevented us from defending out title,” said Gorazd Mauri of the Ewol team of Way of Life, which won the regatta in 2019. In 2020, the regatta did not take place.

Today’s event started at 10:30am but due to the weather forecast smaller sailboats passere, meteor, IX and VIII were excluded. Over 1,600 sailboats applied for the competition.

Just before noon all sailboats shorter than 12 metres were also excluded due to strong winds.

The 40-year-old Vinčec, who competed at the 2004 and 2008 Olympics in Athens and Beijing, respectively, owned a 24-metre Way of Life sailboat until mid-2019, but now the Slovenian team is renting a vessel that was used to called Morning Glory but was renamed Way of Life. Almost three metres longer, it is considered one of the fastest sailboats in the world.

The previous 24-metre vessel is now in Montenegro, sailing under a different name.