The Bulgarian Women who Sew Expensive Clothes but Barely Survive 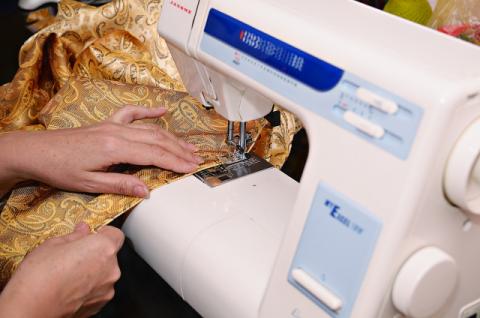 Many companies choose to sew their clothes in Bulgaria, where the production is both cheap and "Made in Europe". Deutsche Welle reports on a detailed report by Deutschlandfunk on business and its dark side - exploitation and low pay.

"Made in Bulgaria" - under this title the German public radio "Deutschlandfunk" broadcast a 52-minute report from Bulgaria, dedicated to the textile industry in the country.

Yes, Bulgaria is "Europe's cheap seamstress", but on the other hand there is a huge potential for development of both mass textile production and high fashion. Thus, in one sentence we can summarize the impressions of the reporter Andrea Remsmeyer, who has crossed the country and tells with great sympathy about its beauty and its people.

Sofia, Bansko, the village of Breznitsa, the Bulgarian crafts and costumes, the polyphonic singing and the Rhodope grandmothers, the Revival architecture - on the one hand. On the other hand - "Hugo Boss", "Diesel", "Max Mara", "Edoardo Miroglio" and the ambitious Bulgarian designers. This palette presents the report of "Deutschlandfunk".

Business also has a dark side: exploitation and low pay

After her conversations with Violeta Zlateva, chairwoman of the home workers' union, the author said: "They sew all night and their children are left without care. Employers cannot pay adequate wages, even if they want to. The times when Bulgarian women and Bulgarians still believed that famous fashion labels would create attractive jobs in the country, long gone," Zlateva explains. Today, seamstresses themselves are looking for a way out of the lack of money and are turning their backs on the textile industry. They leave Bulgaria. In the big textile centers...