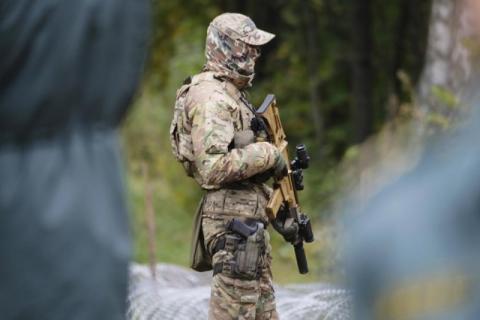 Growing number of migrants wants to enter the EU along that route.
After a few months ago, in response to Brussels' sanctions, Belarusian President Lukashenko allowed migrants from the Middle East, mainly from Syria and Iraq, to enter the country unhindered, the situation on the Polish border is becoming a new crisis hotspot.
Lukashenko believes that this is a weak point of the EU and that he will match them with such an approach.
Poland and Lithuania have imposed a state of emergency on the border, and Germany, as Bild am Sonntag writes, is launching an investigation into the involvement and responsibility of Alexander Lukashenko and the Belarusian authorities in smuggling migrants from Belarus to Germany and Poland.
According to the data of that list, from August to the end of September alone, more than four thousand migrants arrived in Germany in that direction (without any identification documents), and in the first days of October, increasing pressure is felt. Polish media report that only on Thursday and Friday, October 7 and 8, slightly less than 700 migrants were stopped at the Polish and Lithuanian borders, respectively.
Lukashenko approved the issuance of student visas for migrants from Iran and Syria who arrive in Minsk by plane, and then take them by bus to the border with Poland and Lithuania. Border officials of those countries state that Belarusian border guards then bring migrants and direct them to the other side.
Poland and Lithuania have now changed their "tactics": so far they have accommodated migrants in their refugee camps, but after such pressure on the extreme eastern borders of the EU and claims of involvement of the Belarusian authorities in provoking the migrant crisis, it was decided to...