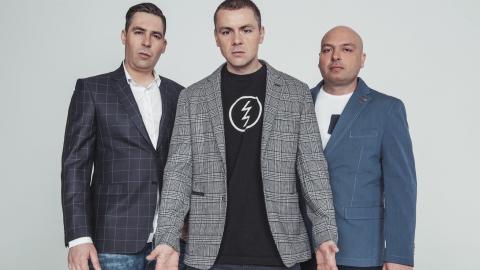 Forty-one-year-old Hazarta, whose real name is Hristo Petrov, has been well-known on the Bulgarian music scene since the late 1990s with his hip-hop band Upsurt, whose name is a play on the word 'absurd' and whose songs have resonated with protesters over the years.

Hazarta said that he accepted the party's invitation to run because although he has managed to carve out a successful career and could stay in his comfort zone, he wants make real change.

"Do I change anything with these songs, the interviews I give? I feel real terror that someday I'll look back and I'll see that at no point did I risk my nice life in the name of something bigger and more important," Hazarta said in a Facebook post, which was 'liked' by nearly 20,000 fans in the space of a few hours.

The upcoming elections follow inconclusive ones in April and July. The first was won by the ruling GERB and the second by the opposition There's Such a Nation part, but neither managed to muster a coalition. On November 14, Bulgarians will also vote for a President.

Never a member of any party, Hazarta has been seen as an anti-establishment voice in Bulgaria, where Upsurt's songs have often been interpreted as satirical soundtrack to people's frustration with the domestic political scene.

In 2019, Hazarta ironised the practice of relying on friends with connections in order to get around the rules with his popular solo single 'Imam Chovek' ('I Have This Guy Here'). The same year, he caused controversy among his fans when he sang at a GERB-sponsored event in the small town of Samokov.

Nevertheless, Upsurt songs such as 'Kolega' were often played at protests last...