"No stabilization in a positive sense"; One thing is particularly threatening 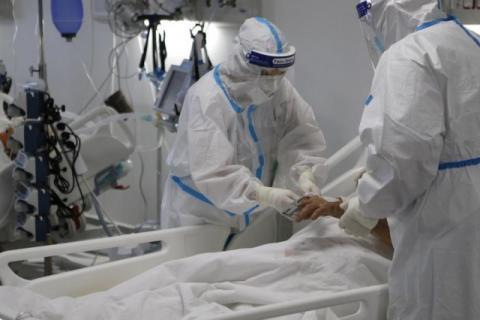 It seems that the peak of the fourth wave is behind us, but one question remains - winter is coming, and with it a large number of celebrations - will we be able to keep the epidemic under control even in the most risky situation?
With all the epidemics so far, and especially with respiratory infections, there are clear rules - how long they last, under what conditions and when their season starts. Despite all the measures that have been adopted so far and despite the vaccination that we have been carrying out for months, the coronavirus occurs at irregular intervals, the waves last even longer than expected for one cycle.
The lowest strength of the coronavirus is during the hot summer days, but in Serbia the COVID strikes have been recorded in all seasons: during 2020 we felt spring, summer and autumn, this year winter which even stepped into spring and now this late summer blow which lasted until deep in the fall, states "Blic".
We managed to partially slow it down with the vaccination, but we also managed to inflame it on several occasions with our non-obligatory and irresponsible behavior and allow it to flare up again. Virtually every season, every month, carries some of its own dangers that can lead to a new wave and a new spread of coronavirus. Now we have unfavorable days ahead of us.
The period of religious celebrations follows, and from October 16, when the Orthodox believers celebrate Djurdjic, until the end of January and the celebration of Saint Sava, there is almost no week without celebration, each carrying a special epidemiological risk. The cold, as we have learned, contributes to the spread of the virus, and the closed space in which the celebrations take place spreads that same virus.
Thus, although the numbers are...