A rising share of Americans show disapproval towards Biden 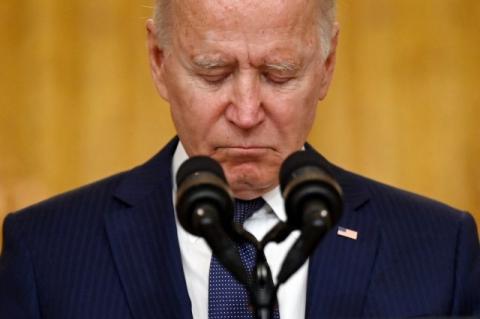 In five recent polls, dissatisfaction with the policy of the country's 46th president was registered on the RealClearPolitics website, with three being positive.
In a series of national polls conducted last week, Biden's approval rating stands at 44.5% approve to 49.2% disapprove, with disapproval up since April. The survey was conducted throughout August and early September, and Biden's ratings shifted over that time, with his approval rating in the first half of August (55%) more positive than in later interviews (50%).
Analysts say the decline in Biden's reputation is particularly strong among independent voters who helped him defeat the then-President Donald Trump last year.
In July, at the six-month marking of his presidential term, Biden enjoyed a nine-percentage point advantage, but by the end of August, polls showed that American voters were evenly divided in their views on him.
His popularity has declined since then, so political analysts have offered several explanations. That is a period of time that coincides with the chaotic withdrawal of the U.S. army from Afghanistan after 20 years of war, analysts say.
They also cite political tensions in Washington between Republicans and Democrats over raising the state's upper debt limit and between progressive and moderate Democratic lawmakers on the size and scope of Biden's proposed plan for the largest expansion of the country's social security network in more than five decades.
The number of new coronavirus infections in the country has also risen in recent months before it began to decline, although nearly 70 million Americans have remained unvaccinated. Biden has ordered vaccinations or frequent testing for COVID-19 for workers in companies with 100 or more employees,...