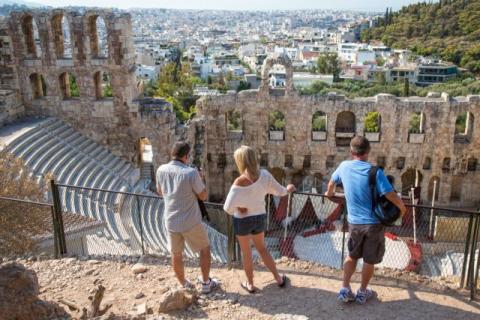 "Crete and the other islands are resisting the pandemic" is the title of the article on Greek tourism in the Berliner Morgenpost newspaper. The columnist points out that "due to the coronavirus, the Greeks were afraid of the worst for the tourist season. "But the number of bookings has even exceeded pre-crisis levels." Based on data on autumn bookings in Greece, the article states that "the country is experiencing a tourism miracle, which no one considered possible. Already for September the Greek hoteliers record a satisfactory occupancy of 63% on average, while for October the reservations have exceeded all expectations, according to Deutsche Welle. Tour operators and airlines are now extending their offers for Greece for November, which would normally be completed at the end of the month ".

The correspondent of the German newspaper also notes that "while in July and August the percentage of cross-border flights in Europe did not exceed 40% of the level of 2019, in flights to Greece the corresponding percentage reached 86%. In fact, in August, popular destinations such as Mykonos and Santorini recorded more visitors than 2019, which so far is considered a record year ". In short, the columnist concludes that "the Greek tourism industry is leaving behind the pandemic crisis."

Until November and for Germans it's holidays

However, it seems that the Germans, after a rainy summer of uncertainty due to the coronavirus, feel the need to travel to their autumn vacation, which begins these days. This also applies to destinations in Germany, as noted by the newspaper Die Welt in an article entitled: "Crowding in the autumn holidays". Among other things, we read: "On the shores of the North Sea and on the islands of East Frysia, tourism officials,...