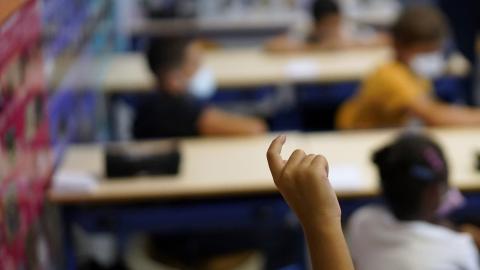 The project involved collecting data on some 3,000 children in need, aged 3 to 12, from about 30 villages in the Lipjan area.

Under the terms of the program, the donors send letters to sponsored children, in most cases Americans.

But three years on, some parents began to suspect that World Vision was misusing their children's data.

While they were told that the data was being taken only for World Vision's internal use, parents claim that photos of their children with descriptions that have religious content were published on the website without their permission.

Haxhere Gashi told BIRN that when she realized that her daughter was receiving letters with Christian messages about Jesus, she did not allow her to continue the program.

"When she received a postcard, we did not give it to her because I thought that the bad content would have a negative effect on her," she says.

"The content is completely religious and more or less says: 'Hello. How are you? Are you OK? Jesus loves you and I love you.' It does not have a date, nor anything else, only the name of my daughter and his signature [the sponsor's] if it was a real signature," Gashi said.

She is not the only parent concerned about the use of her children's data.

Veton Gajtani, from the village of Janjevo, parent of one of the children enrolled in the World Vision program, says that the publication of photos and videos of children with religious content was unacceptable, and he never gave his approval for it.

"As a parent, it bothered me a lot, because they published photos of the children and also videos. When we found out, I immediately stopped my child [participating]," Gajtani told...