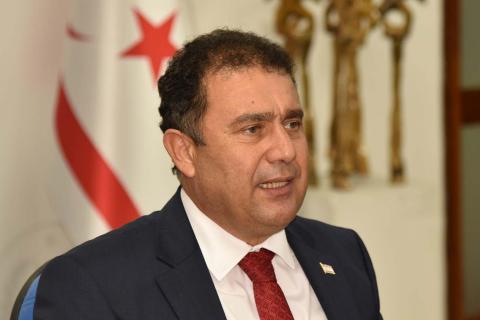 Turkish Cypriot Premier Ersan Saner has said in a written statement that the coalition of the National Unity Party (UBP), the Rebirth Party (YDP) and the Democrat Party (DP) has ended.

Saner cited the inability of the parliament to convene for a while due to the lack of quorum and the disagreements within the coalition partners as the reason for his resignation.

Stating that the tripartite coalition, in a sense, was founded in response to other parties' evasion of the responsibility of governing, Saner said that despite all the problems in domestic and foreign politics, the coalition government successfully fulfilled its duty.

"As of today, since we do not have a majority in the parliament, that is, we do not have 26 numbers, I have returned the duty to the president," he added.

Forming a government in the Turkish Cypriot 50-seat parliament requires the support of at least 26 lawmakers.

"The government that was non-existent finally realized that it did not exist and resigned," said Tufan Erhürman, Turkish Cypriot main opposition Republican Turkish Party (CTP) leader.

"This devastated, patched-up government, which does not help the country in the least, is now being buried," said Kudret Özersay, leader of the center-right People's Party (HP).

A fragile minority government had been running Turkish Cyprus since the presidential elections held in October 2020.