An informal coffee break "saves" Bosnia-Herzegovina: "This is crazy" 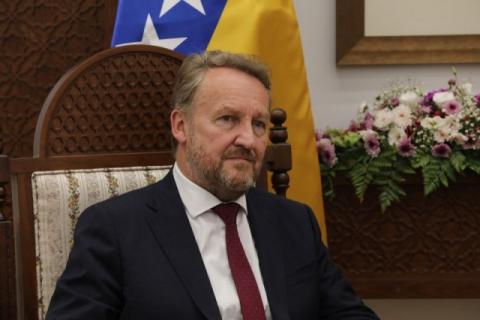 According to the local media, they should discuss the possibility of unblocking the work of this body and scheduling a session after almost three and a half months.
None of the delegates is optimistic that the "informal coffee break", as Bakir Izetbegovi, the leader of the SDA, called this meeting, will unblock BiH institutions, especially the House of Peoples of BiH, which has not been in session since July, due to the decision of Republika Srpska representatives not to participate in the work of Bosnia-Herzegovina's institutions and decision-making due to the decision of the former High Representative in BiH Valentin Inzko to make amendments to the BiH Criminal Code which, among other things, prohibits the denial of genocide.
Namely, Bakir Izetbegovi, who is also the chairman of the House of Peoples of BiH, and Dragan ovi, the first deputy speaker of this house, announced a meeting of three members of the Collegium for coffee on Monday, during which they would discuss the possible unblocking of this institution.
The "Nezavisne" portal tried to find out whether the third member of the Collegium, Nikola Spiric from the SNSD, would accept the invitation to coffee, but that official did not respond to the invitations of journalists. In recent months, by the way, the representatives of the authorities in Bosnia-Herzegovina are further and further away from the agreement, and it seems that they are competing in who will say harsher words and how they will distance themselves from each other as much as possible, states that portal.
Duanka Majki (SNSD), a delegate in the House of Peoples of BiH, told "Nezavisne novine" that coffee has a special meaning in our areas, but in a country where there is such a crisis, when three representatives of...