Photo portraits by Nadar on show at National Gallery 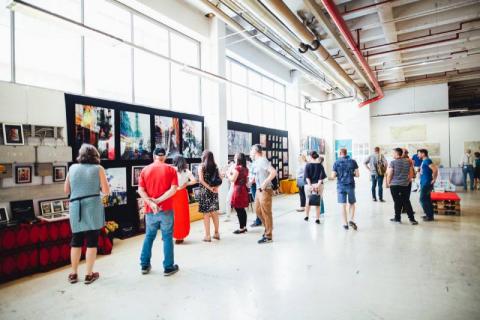 Ljubljana – Masterpieces of Portraiture, an exhibition showcasing 41 portraits by the French 19th century photographer known as Nadar, opened at the National Gallery on Wednesday.

Gaspard-Félix Tournachon (1820-1910), known from his 20s as Nadar, is credited with having significantly contributed to the development of photography as an artwork.

A photographer by accident, he opened his first photography studio in Paris in 1856 and made portraits of a number of prominent Parisians that add up to a “vivid image of a time of political perturbation, social change and the rise of Modernism,” the gallery said.

Some of his subjects include the writers Victor Hugo, George Sand, Charles Baudelaire, Emile Zola and Ivan Sergeyevich Turgenev, and the painters Eugene Delacroix, Gustave Courbet and Edouard Manet.

The featured portraits were made from the original collodion plates and developed by an identical procedure, utilising the same materials that Nadar used.

The travelling exhibition was conceived by the Jeu de Paume museum in Paris, which is the co-organiser of the National Gallery showcase along with the French Ministry of Culture.

The post Photo portraits by Nadar on show at National Gallery appeared first on Slovenia Times.