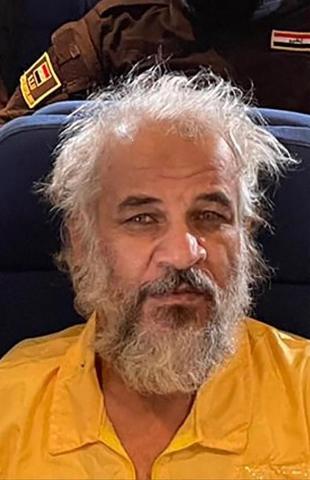 Iraq announced on Monday that its security forces had captured Sami Jasim, an Iraqi national, in what it described as "a special operation outside the borders". It did not give details on when or where he was seized.

Jasim is one of the most senior ISIL leaders to be taken alive. He was a deputy to ISIL's founder Abu Bakr al-Baghdadi, killed during a U.S. raid in 2019 in Syria's northwest, and a close aide to its current leader Abu Ibrahim al-Hashemi al-Quraishi, the Iraqi government said.

A senior regional security source and two Iraqi security sources told Reuters that Jasim had been in northwestern Syria
and that Turkish intelligence had been key to his capture. The sources spoke on condition of anonymity because they were discussing covert operations.

Officials in the Iraqi and Turkish governments declined to comment on the sources' accounts of Jasim's capture.

Closer cooperation between Iraq, from where many ISIL leaders came, and Turkey, which has influence in northern Syria, could help tighten the noose on remnants of the jihadist group, even after the U.S. military has reduced its presence in the region.

Northwestern Syria is the last major bastion of insurgents who have been fighting Damascus. Turkey holds big sway in the area having sent in troops in a series of operations beginning in 2016, and also backs some of the rebels there who are fighting President Bashar al-Assad's forces.

The senior regional security source said Jasim was in northwestern Syria when he was...