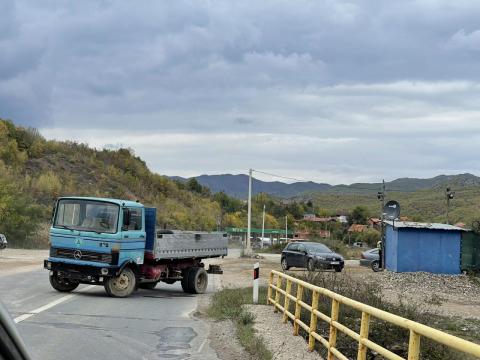 Following violence in Serb-majority northern Kosovo on Wednesday, after Kosovo police conducted raids against suspected smugglers, the US called for calm, the EU criticised a "unilateral action", Serbia condemned Kosovo, and Kosovo leaders defended the police.

Kosovo police arrested eight people and issued arrest warrants for 10 more, during and after the raids against suspected smugglers. Six of the arrested people are of Albanian nationality, one is Serb and one Bosniak. Eight out of 10 people served with arrest warrants are Albanians and two are Serbs.

A Kosovo Serb from Zvecan, who police claimed had a criminal past, was shot and underwent surgery and is in care in Mitrovica North hospital.

Serbian President Vucic meanwhile met Kosovo Serbs in Raska, near the border with Kosovo, where he was asked if he would "stand behind us, and defend us".

At the meeting broadcast on Radio Television of Serbia, as well as other media, Vucic told Kosovo Serbs that "we have to be someone who will maintain to respect the agreement".

"Do not react to non-violence, but if they [Kosovo authorities] start violence, you protect your people and we will be with you," Vucic told them.

"Just keep in mind what the price is that we will all have to pay for that, and why my request is to try to avoid it, and if they [Kosovo authorities] start and continue shooting our people, then we really won't have a choice," he added.

President of parliament Ivica Dacic said earlier that "the international community has to make a key decision about what...