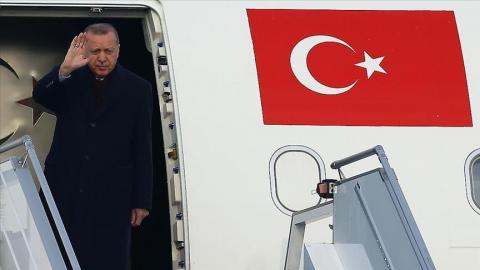 The Turkish president will leave on Oct. 17 for a four-day diplomatic tour to three African countries, diplomatic sources have told Anadolu Agency.

Turkey aims to contribute to the economic and social development of the continent with peace and stability, as well as to develop bilateral relations on the basis of equal partnership and mutual benefit.

According to sources, Erdoğan is expected to meet his Angolan counterpart Joao Lourencho as well as attend a forum with businesspeople from both the countries.

Steps will be taken to harness the true potential of the two countries' relations during the talks, which will include...