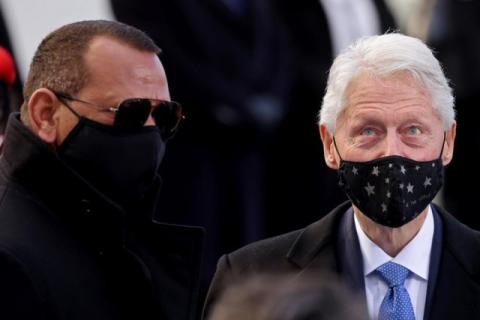 According to his doctors, he responded well to the two-day therapy.
Clinton, 75, was hospitalized Tuesday night at UCIM Medical Center in the California city of Irvine, on suspicion of a blood infection, which doctors believe began as a urinary tract infection, Reuters reports, citing a CNN report. "He is recovering and is in good spirits, and he is grateful to the doctors, nurses and staff who are providing him with excellent care," said Angel Urena, a spokesman for the former US president.
The statement says that Clinton remains in the hospital for constant monitoring. His spokesman explained that after two days of treatment, the number of white blood cells in Clinton decreases and that he responds well to antibiotics.
"The medical team from California was in constant communication with the presidential medical team from New York, including his cardiologist. We hope that he will go home soon," Urena said in a statement.
CNN also reports that Clinton's health condition is not related to previous heart problems or COVID-19 infection. Clinton was president of the United States for two terms, between 1993 and 2000.