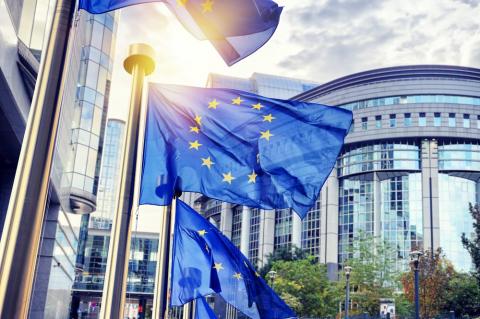 Luxembourg – EU employment and social affairs ministers met in Luxembourg on Friday to discuss the future of the European Semester, arguing that future economic measures and reforms should take social dimensions into account in a consistent manner.

The ministers held a “broad debate” on the future of the European Semester, with a strong role attributed to the European Pillar of Social Rights, Slovenia’s Minister of Labour, Family, Social Affairs and Equal Opportunities Janez Cigler Kralj, who chaired the meeting, told a press conference.

The European Semester is a process by which EU member states coordinate their economic, employment and social policies in the EU. The process, which has been temporarily adjusted in the light of the pandemic, currently involves only fiscal aspects.

“We agreed that in the period of post-pandemic recovery, social measures should focus on the creation of quality jobs, fair working conditions, strengthened active labour market policy, support for transitions between jobs, support for the upskilling and reskilling of the workforce, the fight against poverty and, of course, the promotion of social inclusion,” Cigler Kralj said.

The ministers also discussed the importance of occupational safety and health (OSH), focusing on the challenges related to the implementation of the key goals of the new EU strategic framework on health and safety at work. They agreed that activities should be stepped up at both EU and national levels to strengthen OSH for all in the labour market.

“The new EU strategic framework on health and safety at work will contribute to the adjustment of OSH standards to the demands of a changing world of work and to more sustainable work for all. Ensuring sustainable work is key to an economy that works for the people,” said Cigler Kralj as quoted by his ministry.

Over a working lunch, the ministers discussed follow-up measures regarding the Green Paper on Ageing. Tackling the demographic challenges of an ageing population is essential for the functioning of labour markets and social protection systems, they said. The question of whether the systems are adequately adjusted to this was at the heart of the debate.

The ministers agreed on the need for adjustments to ensure the public financial sustainability of social protection systems and the adequacy of benefits and services for all. As this is an area in the remit of member states, they see the EU’s role as primarily to promote the exchange of good practices, the ministry said in a press release.

Moreover, the ministers approved conclusions on gender mainstreaming in EU budgeting. In the conclusions, the Council got acquainted with various recommendations from the European Court of Auditors which set out concrete ways to achieve this. The Council also calls on the European Commission, in cooperation with the member states, to take gender mainstreaming into account in a consistent and systematic way in the drafting of the EU budget in the future.