Monica Belluci to be in Istanbul for Callas play 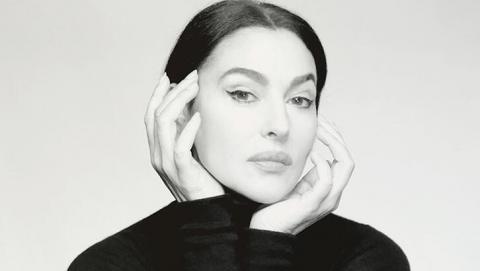 The legendary actress will be in the Turkish metropolis to perform a monologue based on unpublished letters of the great soprano entitled "Maria Callas: Letters and Memories."

The performance will take place at Zorlu PSM Turkcell Stage.

The monologue premiered in Athens on Sept. 21, which was attended by Istanbul Mayor Ekrem İmamoğlu and his Greek counterpart, Kostas Bakoyanni, has received favorable reviews from European critics.

Bellucci had a press conference prior to her performance in Athens last month, talking about her initial hesitation when Tom Volf offered her the part, which was her first experience in acting in the theatre and "so different from the cinema."

In the end, she had deemed Callas' letters as were "filled with emotions, fragility and honesty."

The monologue is based on a book by Volf, who is also director of the play, and his recent film "Maria by Callas," in which he collected more than 350 unpublished letters written by the diva between 1946 and 1977 from personal friends, foundations and private collections.

The letters are read out in chronological order and shed light on hitherto unknown aspects of Callas' life, from her childhood years in New York to the war years in Athens to the first steps of her career and her love affair with Onassis.

Beyond her fame, the play tells who Callas actually is as Maria, where she came from, how hard she gained her fame, the friendships and the love she had.

The tickets for the Maria Callas performance will soon be available on Biletix.com and passo.com.tr.