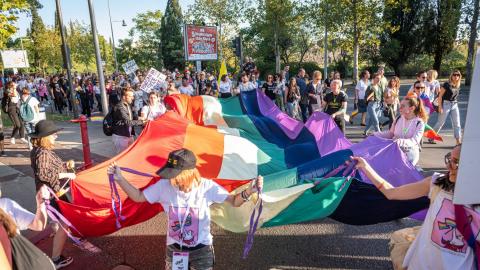 The organizers of the Pride, Queer Montenegro, an NGO, said their supporters will be pushing for the government to properly implement the same-sex partnership law.

Danijel Kalezic, from Queer Montenegro, said the law's legal framework still wasn't complete, so the LGBTQ community was still unable to use all the rights provided by the law.

"After the same-sex partnership law was adopted a year ago, only a few laws were amended and the rest are in process. We demand that the government complete this process and send amendments to the laws to parliament for adoption," Kalezic told the media.

Montenegro failed twice before to adopt laws on same-sex unions - in...