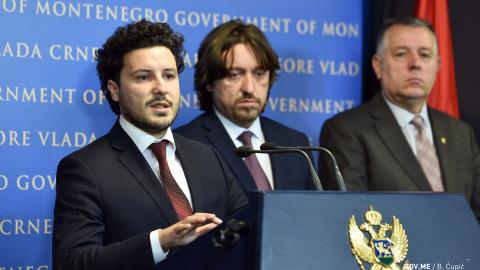 Abazovic called on the Special State Prosecution to investigate his claim, adding that members of the Belivuk crime group had visited Montenegro despite prohibition orders.

"The ban was lifted by the former police assistant heads Enis Bakovic and Zoran Lazovic … They lifted the prohibition after just one [phone] call from Serbia," Abazovic said.

On October 14, the Special State Prosecutor questioned two police officers, Aleksandar Boskovic and Sasa Djurovic, who were detained on suspicion of lifting the ban on Belivuk and Miljkovic entering Montenegro last December.

They were arrested on an Interior Ministry criminal complaint, but after questioning, the Special State Prosecutor said the police officers had not abused their authority in this way, and released them.

On August 26, Special State Prosecutor Milivoje Katnic said that Balivuk and Miljkovic had been prohibited from entering Montenegro due to national and internal security reasons - but that the police in January had decided to lift the ban.

The Interior Ministry then responded that the ban was, in fact, lifted earlier, on December 28, 2020, and only the former police management could have done so.