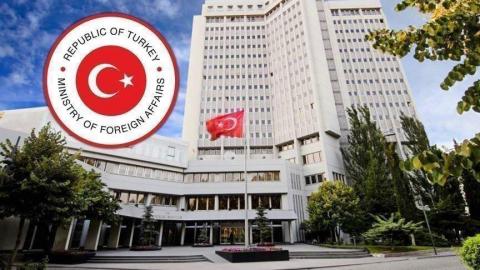 Turkey on Oct. 14 voiced concern over the "recent racist attitude which contradicts the spirit of sports" in Serbia against handball teams from the city of Novi Pazar.​​​​​​​

"We learned with regret that RK Novi Pazar decided today (14 October) to withdraw from the Serbian Handball Super League since no measures and legal actions were taken against those who were responsible for racist slogans and display of posters of war criminals by Red Star supporters during the handball game between the two clubs in Belgrade," said Tanju Bilgiç, spokesman for Turkey's Foreign Ministry.

"We regret to see that those slogans are insulting for not only our Bosniac brothers and sisters but also the memories of our common history with the region," said Bilgiç.

"We think that sports is an instrument to solidify intercommunal peace and friendship and believe that the perpetrators of this incident will be punished at the earliest," he added.

Bilgiç said Turkey once again underlines the importance of bringing war criminals to justice in order to ensure "social peace and reconciliation in the region" and preventing similar crimes.

Novi Pazar is the largest city in the Sandzak region of Serbia. It was established between 1459-1461 by Ishakoglu Isa Bey, the founder of Bosnia's capital Sarajevo and North Macedonia's capital Skopje.