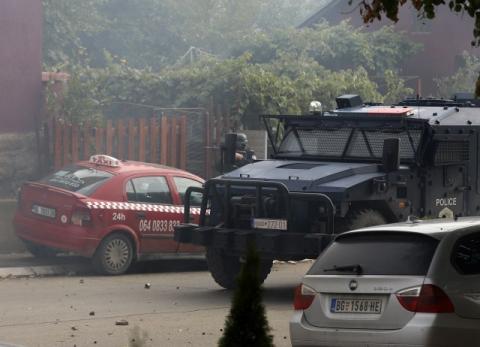 Serbia will be represented at the session by Foreign Minister Nikola Selakovi, while Vjosa Osmani, President of the interim Kosovo institutions, will represent Kosovo.
The report will be presented by the head of UNMIK and the special representative of the UN Secretary General, Zahir Tanin, who said that the new report focuses on government reform, the rule of law, security issues and the situation with the coronavirus pandemic.
On the eve of the session, as part of regular consultations, Tanin talked separately with the President of Serbia, Aleksandar Vui, and the Prime Minister of the so-called Kosovo, Albin Kurti. The session starts at 4 p.m. CET.
The previous session of the UN Security Council, at which the six-month report on the work of UNMIK was discussed, was held on April 13 in an online format, due to the coronavirus pandemic. Selakovic will have the opportunity to speak at the United Nations in New York today about the operation in the north of Kosovo and Metohija in which Pristina used firearms, at the Security Council session at which the regular six-month report of the UN Secretary General on UNMIK's work will be discussed.
Serbian foreign minister will also be able to talk about a number of unilateral moves by Pristina, such as on Wednesday, when under the false pretext of responding to smuggling, Kosovo's armed special forces used shock bombs and firearms, injuring one Serb seriously, with a dozen of people sustaining light injuries.
At this session, the first one which has not been held in video format since the outbreak of the pandemic, Serbian head of diplomacy will be able to warn of Pristina's unilateral actions as the worst way to resolve disagreements, because that produces problems, not solutions.