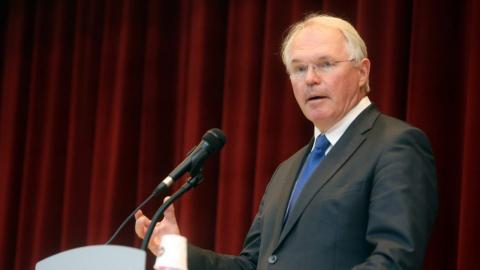 US President Joe Biden has nominated retired diplomat Christopher Hill, a veteran of American involvement in the Balkans in the 1990s war years, as his country's new ambassador to Belgrade, the White House announced on Friday.

Hill, whose appointment must be confirmed by the US Senate, has previously been an ambassador in Albania, North Macedonia, Poland, South Korea and Iraq.

He was a member of the US negotiating team at during the Dayton peace talks to end the Bosnian war in 1995, and was then posted to Skopje in North Macedonia from 1996 to 1999, where he was involved in trying to find a peaceful solution to the conflict between Yugoslav President Slobodan Milosevic's government in Belgrade and the rebel Kosovo Liberation Army.

Belgrade-based newspaper Nasa Borba reported in June 1997 that Hill was initially seen as "a shadowy diplomat, one of those preparing the ground for historic high-level deals, a man whose name is not in the forefront of breaking news".

"Lately, however, he has stepped through the big door almost overnight and has gone from being an 'ordinary' ambassador to being one of the key figures in resolving the Kosovo knot," Nasa Borba added.

The newspaper said that "Hill was the first Western envoy allowed to enter Kosovo unaccompanied during the 'offensive of Serbian forces on the Kosovo Liberation Army'".

In 1998 and 1999, Hill was also the US special envoy for Kosovo, and was involved in key events such as a meeting between senior US diplomat Richard Holbrooke and KLA guerrillas in village of Junik in June 1998.