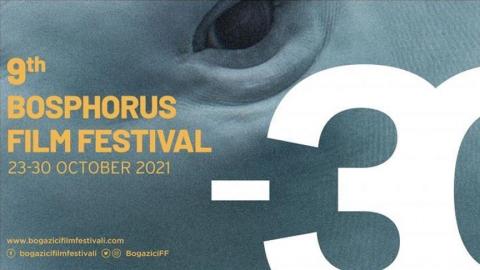 The 9th Bosphorus Film Festival will be open to visitors in Istanbul from Oct. 23 to Oct. 30, organizers said.

The festival will not be held online and is set to be attended by people from Turkey and abroad, according to Emrah Kılıç, the event's artistic director.

The festival will be held with the slogan "Despite Everything," a reference to the issues brought about the COVID-19 pandemic.

It is imperative to move forward with such events to support independent cinema, he added.

He said the jury members include people who have been part of film festivals around the globe.

"We have invited people of all ages, from all walks of life, and with all political views. We are trying to appeal everyone," Kılıç said.

A total of 10 movies will compete for the Golden Dolphin Award in the national feature film competition of the festival.

The grand prize of the festival is 50,000 Turkish Lira (over $ 5,600) and films will be awarded in several categories.

The festival will open with Bosnian director Danis Tanovic's film "Not So Friendly Neighborhood Affair," which made its world premiere at the 27th Sarajevo Film Festival in August.

The last screening will be on Oct. 29 of director Will Sharpe's "The Electrical Life of Louis Wain," which stars British actors Benedict Cumberbatch and Claire Foy.

The screenings will be at Atlas 1948 on Istanbul's European side and...