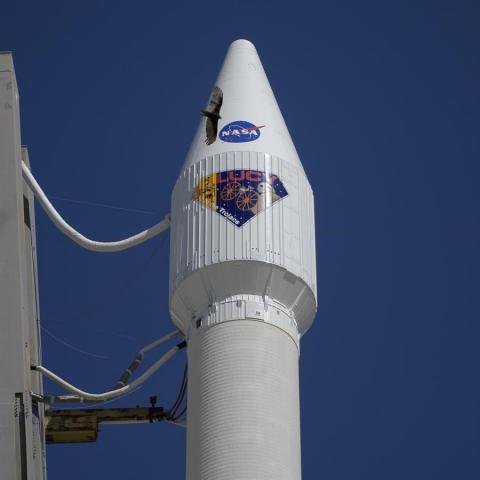 Attention asteroid aficionados: NASA is set to launch a series of spacecraft to visit and even bash some of the solar system's most enticing space rocks.

The robotic trailblazer named Lucy is up first, blasting off this weekend on a 12-year cruise to swarms of asteroids out near Jupiter unexplored time capsules from the dawn of the solar system. And yes, there will be diamonds in the sky with Lucy, on one of its science instruments, as well as lyrics from other Beatles' songs.

NASA was targeting the predawn hours of Saturday for liftoff.

Barely a month later, an impactor spacecraft named Dart will give chase to a double-asteroid closer to home. The mission will end with Dart ramming the main asteroid's moonlet to change its orbit, a test that could one day save Earth from an incoming rock.

Next summer, a spacecraft will launch to a rare metal world _ an nickel and iron asteroid that might be the exposed core of a once-upon-a-time planet. A pair of smaller companion craft _ the size of suitcases _ will peel away to another set of double asteroids.
And in 2023, a space capsule will parachute into the Utah desert with NASA's first samples of an asteroid, collected last year by the excavating robot Osiris-Rex. The samples are from Bennu, a rubble and boulder-strewn rock that could endanger Earth a couple centuries from now.

"Each one of those asteroids we're visiting tells our story ... the story of us, the story of the solar system," said NASA's chief of science missions, Thomas Zurbuchen.
There's nothing better for understanding how our solar system formed 4.6 billion years ago, said Lucy's principal scientist, Hal Levison of Southwest Research Institute in Boulder, Colorado. "They're the fossils of planet formation."