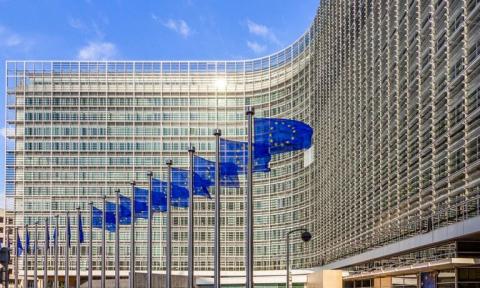 Thirty-two years ago, in November, 1989, all of Europe condemned walls. "Never new walls in Europe" was the catchphrase.

The most disgraceful wall in Europe - the Berlin Wall - had just been torn down. The Cold War was coming to an end, Europe was regaining its political unity - "free and whole" - and democracy was returning to its eastern part even as the Soviet Union was finally collapsing.

A new, borderless Europe was opening up before our eyes, a Europe that would be free and strong, but not a Fortress Europe.

After all, the establishment of the European Union's internal market had completely eliminated internal borders. At the same time, the EU adopted the concept of external borders, as well as their "common management" and protection.

No one at the time was opposed to the logic of abolishing borders, and certainly everyone, including Greece, was against building new walls. Konstantinos Mitsotakis, as prime minister at the time (beginning in 1990) was a fervent proponent of a free Europe and an opponent of Fortress Europe.

Those hopes were dashed as history unfolded with a different logic. There was a major enlargement of the EU in 2004. Globalisation and economic want suddenly changed the political environment with the growth of refugee-migrant flows, especially from 2015 and thereafter.

Europe, or at least a substantial segment of it, abandoned its vision and began imitating Donald Trump by building walls, as Trump did at the US-Mexico border, which at the time, however, Europe strongly condemned.

Now we have reached the outrageous point at which the governments of 12 EU member-states, including all those on the extreme-right - Poland, Hungary, etc. - but unfortunately also...