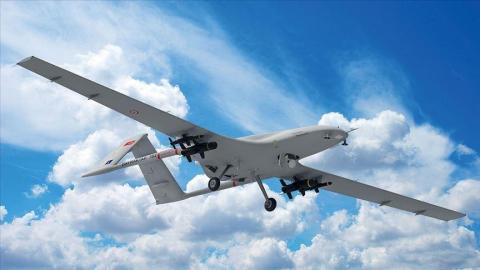 Turkey has presented options to the U.K. for the sale of armed drones, the Turkish industry and technology minister said on Oct. 15.

"The U.K. is very interested in Turkish armed drones. Now, they have to decide. We presented them with the options. Right now, they're seriously considering these options," Mustafa Varank told CNN Turk in an exclusive interview.

"I believe that in the very near future, we'll see Bayraktars and Ankas (unmanned aerial vehicles) purchased from Turkey flying in European skies, as well," Varank had said earlier this year during an event jointly organized by the Istanbul Defense and Aerospace Cluster Association and Istanbul Chamber of Industry on Jan. 21.

He also noted that in a previous speech, U.K. Defense Secretary Ben Wallace had said Turkish UAVs were a "game changer."

Turkey's defense and aviation revenue has reached $12 billion annually, Varank said, adding that its defense exports had risen from $340 million in 2005 to $3 billion last year.