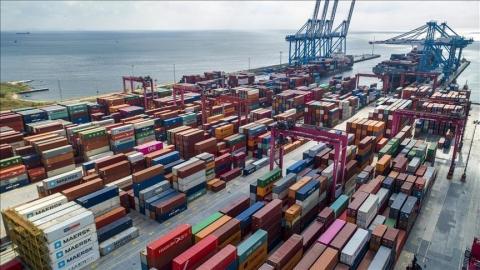 Turkey's houseware sector, which closed last year with total exports of $4.5 billion under pandemic conditions, is targeted to reach the $5.5 billion to $6 billion level this year, said the chairman of the largest sector association.

Recalling that the sector's exports amounted to $3 billion during the first half of this year, Mesut Öksüz, head of the Turkish Houseware Association (Zucder), said the sector is on the way towards its targets.

The sector took measures against the pandemic rapidly, organized B2B summits and concentrated on online channels for reducing the outbreak's effects, he told Anadolu Agency.

Recalling that China stopped production activities due to the pandemic conditions which caused supply problems, he stressed that the Turkish houseware sector filled the gap quickly.

The sector is the fifth-largest net exporter of Turkey posting $3.6 billion export surplus annually, and its price per kilogram in exports is $3.38, he highlighted.

In 2020, the largest houseware exporters were China, Germany, the U.S., Italy and the U.K., respectively, he said, adding during the last five years, the UK, Germany and France were the main three export markets for Turkey.

These three countries constituted 25% of the country's houseware exports - $1.1 billion - he noted.

While the largest houseware importers globally were the U.S., Germany, the U.K., France, Japan, the Netherlands and Canada, Turkey's share in their houseware imports is around 3%, he said.

Saying that Africa is also an important market for the...