Calls to reduce poverty made on poverty eradication day 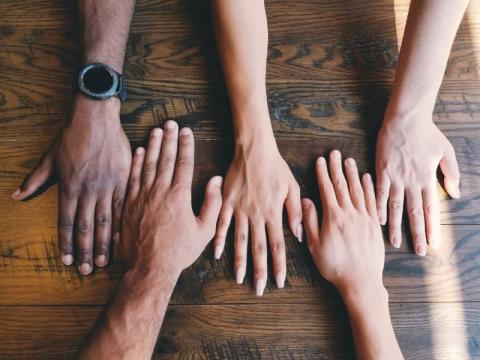 Ljubljana – Slovenian NGOs and the human rights ombudsman have called on the authorities to take measures to reduce poverty to the largest degree possible as the world observes International Day for the Eradication of Poverty on Sunday. The ministry in charge social affairs on the other hand says the government has not forgotten the socially deprived.

Human Rights Ombudsman Peter Svetina says in his message that “in a society of prosperity, poverty is not admissible”, urging decent pay, and investments in public healthcare and education to make services available regardless of one’s income.

Social inclusion programmes are also needed, while the government should give more attention to an adequate housing policy, Svetina wrote.

UNICEF Slovenia and the Association of Friends of Youth (ZPMS) say that many people in distress will not be able to address their issues without “a concrete aid from the government”.

The ZPMS says families whom they helped during the 2008 financial crisis are turning to them again during the coronavirus crisis, which has increased poverty for some.

UNICEF Slovenia says that it is inadmissible that 41,000 children lived under the threshold of poverty last year.

The Academy of Social Sciences has criticised the state for lacking a concept to reduce social issues and for neglecting this field for the past 30 years.

All Slovenian governments so far have not seen beyond budgetary limits and only made minor legislative changes when dealing with poverty, according to the academy.

On the other hand, Janez Cigler Kralj, the minister of labour, the family, social affairs and equal opportunities, says that with the coronavirus relief measures, the government has helped people get by with various benefits, transfers, payment delays and write-offs.

It has also drafted a bill to introduce a fairer system of social transfers and to make the labour market more effective enabling people to find a job faster, he says.

Slovenia’s at-risk-of-poverty rate increased by 0.4 of a percentage point to 12.4% last year, data from the national Statistics Office shows.

A total of 15% of the population, or one in seven, were meanwhile at risk of social exclusion.

In the EU, more than 20% lived at risk of poverty or social exclusion last year, Eurostat figures show. Slovenia was among the countries with the lowest risk, at 14.3%.

The post Calls to reduce poverty made on poverty eradication day appeared first on Slovenia Times.