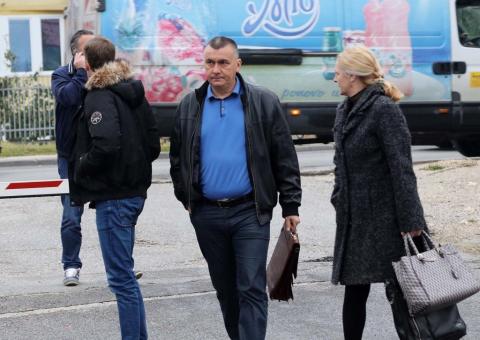 "The prosecution did not prove that Vasic knew about the intention of the alleged perpetrators of the joint criminal enterprise," said lawyer Aleksandar Lazarevic.

According to the indictment, Vasic was the commander of the Zvornik police headquarters in the city of Zvornik at the time of the Srebrenica genocide in July 1995, when Bosnian Serb military and police forces killed more than 7,000 Bosniak men and boys, and the chief of the Zvornik police's Public Security Station.

Vasic has served as an MP in the parliament of Bosnia's Serb-dominated Republika Srpska entity, representing the Serb Democratic Party founded by Radovan Karadzic, who is serving a life sentence for the genocide of Bosniaks from Srebrenica and other crimes.

His indictment in 2015 caused some war victims' groups to call for a ban on people accused of such crimes taking up positions of authority.

Defence lawyer Lazarevic insisted that Vasic was not present at two important meetings at the Fontana Hotel in Bratunac in July 1995, when the leadership of Bosnian Serb forces set out conditions for the removal of the Bosniaks from Srebrenica after they seized the area.