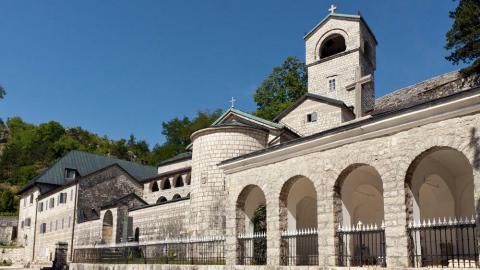 The Cetinje Monastery in the old royal capital of Montenegro. Photo: Shutterstock

The main opposition Democratic Party of Socialists, DPS, accused the government of allowing "theft" and of serving the interests of the Serbian Church - with which it has often conflcted - and said it will file a criminal complaint.

"Once again the government did everything to provoke the citizens of Cetinje and a large part of the citizens of Montenegro. We will file criminal charges against the head of Property Directorate and all those responsible for the theft of property," the DPS general secretary, Aleksandar Bogdanovic, said.

Head of Property Directorate Koca Djurisic said on Sunday that the monastery had been registered as the Serbian Orthodox Church's property, insisting it has only corrected a previous error by which the historic monastery was registered with Cetinje municipality.

The Serbian Orthodox Church owned the monastery and its land before World War II, but the Yugoslav Communist regime that took power in 1945 then registered most of the land with the municipality of Cetinje.

On September 14, the local assembly in Cetinje called on the authorities to allow the canonically unrecognized Montenegrin Orthodox Church to use the historic monastery instead.