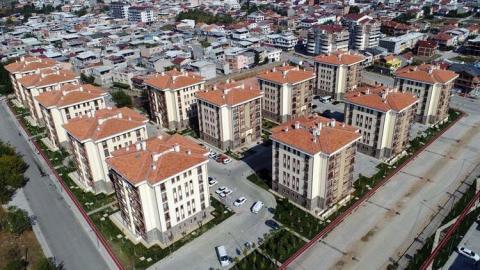 The Residential Property Price Index (RPPI) increased by 3.9 percent month on month in August, the Turkish Central Bank said in a monthly report on Oct. 18.

The index "recorded an annual increase of 33.4 percent in nominal terms and 11.9 percent in real terms," it said.

In August, the highest annual increases were recorded in the Aegean provinces of Aydın, Muğla and Denizli with 53.7 percent. They were followed by the southeastern provinces of Diyarbakır and Şanlıurfa with 44.3 percent. In the southwestern provinces of Burdur and Isparta, as well as in the Mediterranean province of Antalya, the annual price rise was 41.9 percent.

In January-September, house sales decreased by 18.3 percent to 949,138 compared to the same period last year, according to the Turkish Statistical Institute.

In the same period, house sales to foreigners increased by 43.2 percent annually to 37,479.

Expecting a total amount of nearly $7.5 billion in sales to foreigners this year, the Turkish property market ranks among the top 10 in the world.