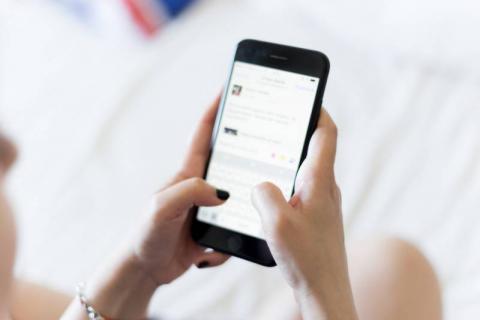 Ljubljana – Kolektiv 99, an NGO for protecting consumer and workers’ rights, has announced that it has filed a class-action lawsuit, claiming EUR 27.5 million from US multinational corporation Apple for damages allegedly caused to Slovenian consumers by deliberately slowing down and reducing the functionality of certain iPhone models.

The NGO has filed a collective class-action lawsuit with the Ljubljana District Court for damages against Apple, a California-based multinational corporation.

“All Slovenian consumers who have been harmed by Apple’s practices are urged to register their complaints using the online form on our website. Registration comes at no cost to consumers,” Kolektiv 99 said in a press release.

“We believe that the lawsuit will also send an important signal to all potential infringers that illegal practices do not pay off in Slovenia,” said Sašo Stojanovič Lenčič, the director of Kolektiv 99.

In December 2017, Apple issued a notice admitting that it deliberately slowed down and reduced the functionality of some older iPhone models through system upgrades to the iOS operating system, without notifying users of those phones in advance.

Apple’s admission and subsequent discoveries related to slowing down the iOS and reduced battery performance have led to numerous lawsuits, and fines issued in two EU member states totalling EUR 35 million, according to Kolektiv 99.

“According to our estimates, between 112,500 and 187,500 iPhone users in Slovenia were potentially affected,” wrote Kolektiv 99.

If the lawsuit is successful, consumers will be able to claim their right to compensation by providing any form of proof that confirms that they bought their iPhones in Slovenia between 9 September 2014 and 28 December 2017.

The collective action against Apple is the first such case in Slovenia and the first case of Kolektiv 99 that actually resulted in filing a lawsuit, while they also deal with other cases of mass breaching of consumers’ rights.

Aljoša Krdžić, a lawyer from the firm representing Kolektiv 99, believes that the possibility to pursue claims collectively will make an important contribution towards raising the level of corporate culture and behaviour towards individuals in Slovenia.