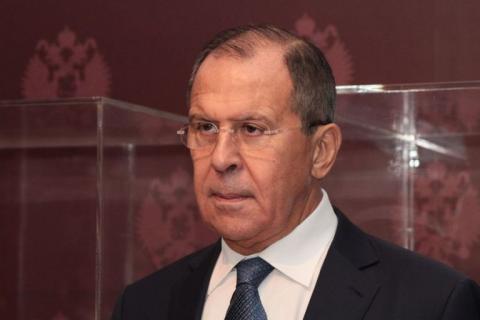 One the eve of talks between Russian Foreign Minister Sergei Lavrov and Cyprus' Foreign Minister Christodoulides in Moscow, the Russian foreign ministry issued a lengthy statement expressing support for a viable and just solution of the Cyprus problem in the international legal framework shaped by UN Security Council resolutions, which provide for the creation of a bi-zonal, bi-communal federation, with a single international standing as a unified state and a single sovereignty and citizenship.

That has always been Russia's position as a permanent member of the UN Security Council, where Moscow has steadfastly supported the Republic of Cyprus for decades.

In a press briefing today, Russian foreign ministry spokesperson Maria Sakharova said that the ministers will sign "a number of bilateral documents" and that, "They will exchange views on current international and regional issues with an emphasis on the settlement process in Cyprus and developments in the Eastern Mediterranean, the Middle East and North Africa."

"The foreign ministers will discuss prospects for the further deepening of political dialogue and joint efforts to counter the spread of the coronavirus and overcome its economic consequences, and to promote cultural and humanitarian ties," she noted.

In its statement, the ministry underlined that, "We do not support the idea of a unilateral change of the existing basis or revisiting the model for a settlement. We take as a starting point that the discussion of the domestic dimension of a resolution is the exclusive priority of the parties."

Moscow also came out in favour of involving the permanent members of the UN...