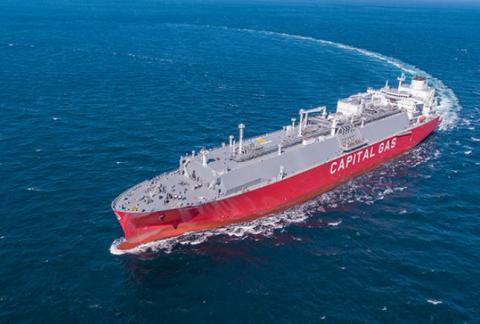 Specifically, total bidding demand by investors for the public offer reached 801.37 million euros, oversubscribing the issue by 5.3 times, and amid extremely high interest by private and institutional investors.

Additionally, 66.67 percent of the issue was picked up by private investors, with 33.33 percent picked up by institutional creditors.

The shipping-related bond issue by the Marinakis-controlled company is the second in the Greek market, following a bond issue floated by Konstantakopoulos family-controlled Costamare, totaling 100 million euros, and with bid offers reaching 665 million euros.

The considerable interest by investors for the new shipping bond marks the most successful such corporate issue of bonds traded on the Athens Stock Exchange's (ATHEX) primary market.

The record-setting success of the issue is due, in large part, to the significant commercial size of the broader Marinakis-owned shipping group, as well as on the financial strength of Capital Product Partners, which has been listed on Nasdaq since 2007 and is also the guarantor of the bonds.

CPLP announced that it aims to use the 150 million euros raised to partly finance a "green" strategic business plan totaling 1.2 billion euros, in order to boost its fleet with...