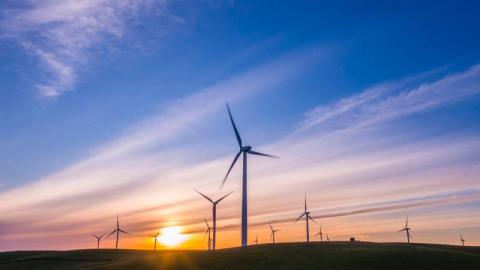 Ljubljana – A third of Slovenia’s electricity output was generated with renewables last year, as renewable electricity generation rose in both the EU and Slovenia, the Statistics Office (SURS) said on Wednesday prior to the 25-29 October EU Sustainable Energy Week.

A mere 2.2% came from sun and wind, although the share of electricity from photovoltaic systems and wind farms is increasing.

A total of 5,600 gigawatt hours of electricity was produced from renewables, the majority by hydro power stations (93%) and the rest by solar and wind power stations.

Annual comparisons show that the decrease in end energy consumption in Slovenia was the largest in 2020, when it fell by 9% over 2019.

The biggest drop was recorded in transport (-18%), which the statisticians attributed to Covid-19 restrictions.

In the EU, the amount of electricity generated by photovoltaic systems increased the most in 2020 – by almost 16% compared to 2019. The rise in wind-generated electricity and in hydro power was meanwhile at 8%