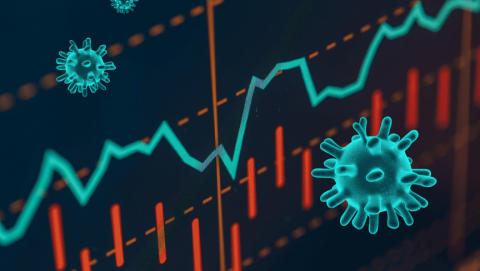 Ljubljana – Slovenia’s death toll from Covid-19 has passed 5,000 with the national public health chief warning that many of the fatalities in recent months have been unnecessary as there have been enough vaccines.

Data from the Health Ministry put the death toll since the beginning of the pandemic over a year and a half ago at 5,004. The figure does not yet include potential Wednesday’s fatalities, which will be reported on Thursday.

Addressing reporters, Milan Krek, the head of the National Institute of Public Health (NIJZ), noted that 239 people had died since 26 June, many of whom he said were unnecessary deaths as there had been enough vaccine for everyone. He thus repeated his appeal for vaccination.

Currently 56% of Slovenia’s entire population has had one shot and 52% has been fully inoculated, while the rates among adults are 66% and 62%, respectively. Among the over 50 year-olds 77% have had one dose and 73% have been fully vaccinated.

This is as Slovenia has been seeing an exponential growth in coronavirus transmissions. The daily count hit a nine-month high of 2,145 yesterday.

Krek also warned of a potential new variant of the virus which could be even more infectious than the current one. He said information was still scarce but indications from the UK suggest a new variant could be responsible for an increase in hospitalisations.

In Slovenia the virus is currently spreading fastest among 15-24-year-olds and 35-44s, that is among students and working population.

Slovenia’s first Covid-19 patient died on 14 March 2020 and by the end of the first wave just over a hundred patients died within 28 days after testing positive for coronavirus.

The second wave was the deadliest, claiming almost 4,000 lives last autumn and winter with highest daily death toll recorded on 7 December as 66 people lost their lives.

Last year, Slovenia recorded almost 20% more deaths than the average in the previous five years. NIJZ data for the week between 27 September and 3 October shows 9% more people than expected died; excess deaths were mainly among the 65-74-year-olds.