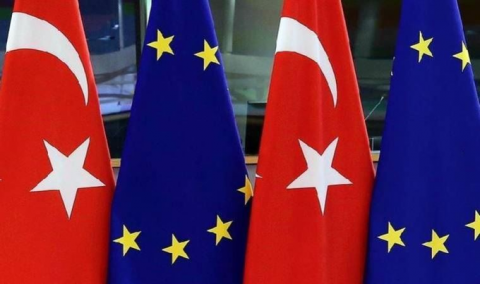 The Turkish Foreign Ministry slammed a report released on Oct. 19 by the European Commission on Turkey's membership process, saying it once again reflected the double standard approach towards the country.

The ministry said in a written statement that the report on the enlargement strategy "unfortunately" overlooked responsibilities towards Turkey at a time when the Ankara government revived high-level dialogue with the EU and sought to develop a better political agenda with the bloc.

According to the statement, Turkey rejected the inclusion of "inconsistent and biased" Greek and Greek Cypriot theses in the report, as it did in the previous years.

Turkey does not accept baseless and unfair criticism, especially in the chapters on political criteria along with judiciary and basic rights, the ministry said, adding the EU came up with unproportionate findings without evaluating the conditions specific to Turkey with regards to the country's governance, political system, basic rights and fight against terrorism.

The statement added that the EU's approach did not take threats against Turkey into account such as those by the YPG/PKK, FETÖ and Daesh/ISIS terrorist groups. The EU's approach served no other purpose than to please "radical" circles in Europe that are against the EU and Turkey, it said.

Referring to the deal on refugees reached between Turkey and the EU on March 18, 2016, the ministry said the report solely focused on the migration part of the agreement. While it praised Turkey for its efforts in the context of migration, it did not mention the EU obligations in this regard, and it was unacceptable that the EU only sought to cooperate with Turkey based on its sole interests in certain fields, the statement added.