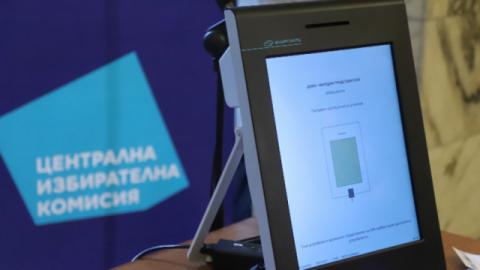 There is no requirement for a green certificate for voting in the parliamentary and presidential elections on November 14, assured the Deputy Chairman of the Central Election Commission Rositsa Mateva.

Most members of the section committees have been vaccinated. A special organization was set up for them before the April 4 vote, Mateva recalled. It will not be created again on November 14, because there are vaccines and every Bulgarian citizen can freely be vaccinated.

In the machine voting on November 14, the voting receipt for MPs will be twice as long as the one for the president, so that even when folded, the two can be different. Voters will put them in a common opaque box, not in two separate ones, the CEC has decided.

There are 56,668 applications for voting outside the country at this stage, but those for diplomatic and consular missions are being processed. Their number will be announced by October 23.

The publication of the commission's simulator for the machine voting is forthcoming.

Tomorrow, 280 machines will be delivered to the DEC with a demo version for voting. So many are requested so far, if necessary, more devices can be delivered.

On Tuesday, the CEC signed a contract with Ciela Norma for the supply of...