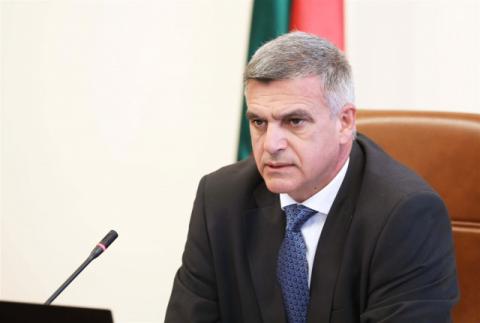 The caretaker Prime Minister Stefan Yanev made a dramatic address to the nation, urging Bulgarians to follow the measures so that the health care system does not collapse. He acknowledged that the government had made a mistake by waiting until the last minute to announce new restrictive measures.

"Our mistake is that the staff of the Ministry of Health has long prepared criteria for the introduction of stricter measures. Our mistake is that despite these rules, we waited until the last moment to announce them. The measures are measured, I hope they work, they are temporary and I hope they will show results in a few weeks. We did not give people enough time to prepare. It is human to make a mistake, I will not justify myself," said Stefan Yanev.

The measures introduced by the Ministry of Health are not an end in themselves, nor are they dictated by external factors, nor do we want to restrict the rights of citizens, said the caretaker Prime Minister. He said the Bulgarian health system is at the limit of its capacity to deal with the situation.

"Only together can we overcome the trials. We are facing several crises, I understand the negative public reactions. I call on you for patience, understanding and solidarity in order to overcome the current situation together," he added.

The caretaker prime minister did not fail to accuse the parties of escalating tensions - instead of proposing new programs and solutions, they sought to undermine the political system.

Whoever claims that President Radev has put pressure on us to adopt anti-epidemic measures, let him prove it, added Stefan Yanev.

Regarding allegations that the deputy regional governor of Burgas took part in protests against the government's...